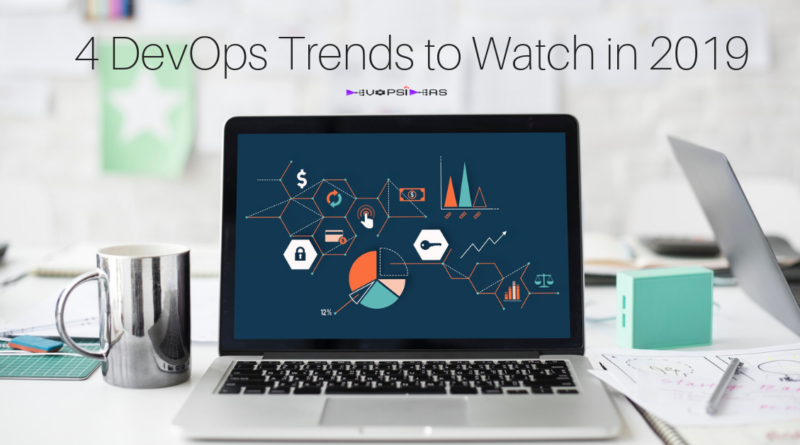 DevOps is spreading through the development community at rapid speed. In 2019, it’s proven it’s more than just a passing trend. While some tech companies might be prone to shiny object syndrome, it’s safe to say DevOps doesn’t fall under that umbrella.

According to the Agile Admin, DevOps is the practice of operations and development participating together throughout the entire service lifecycle. This means design, development, and production is all tied closely together. Though it might sound counterproductive, it’s incredibly effective at helping the right teams work smarter not harder.

Yet, at the same time, DevOps is more than just an agile way of getting more done. It’s a philosophy that extends throughout an entire organization. As DevOps continued to develop in the past few years, a few new trends have taken center stage. In this article, we’ll discuss the biggest DevOps trends to keep your eye on in 2019.

Big data has been trending for years now, but it’s starting to combine rapidly with the DevOps philosophy to produce big changes. While software developers have been working on how to develop things quickly and with an agile process for years now, this is something big data has struggled with. Data analysts and scientists also need a way to quickly move through large numbers of projects while weeding out what works and what doesn’t.

Big data professionals need to build pipelines for projects These are created by their in-house (or outsourced) IT department, usually as a Hadoop cluster. By the time this is finished, the data team already has a new project, more data, and they need to move on. As you can see, this is a continuous cycle that doesn’t work. New solutions are appearing with DevOps at the forefront. For instance, cloud-based programs and Hadoop-as-a-Service enterprises are becoming more common.

While AI is a huge field of study on its own, it’s making a big impact in the world of DevOps. Since DevOps already has such a big reliance on automation, this is a natural extension. AI fits right into the DevOps model by encouraging a system of constant feedback.

AI tools learn patterns and suggest solutions before problems even begin. This frees up developers time to focus on the launch of new features as well as other operational tasks. AI also strengthens lines of communication by adding new communication channels (for instance: chatbots) to the system of a workflow. In general, AI is becoming another part of the DevOps puzzle that we need to see more of in 2019.

Beyond simply developing new code and systems, developers need to extend the lifecycle of projects further to include data logging. Traditionally, log data was used by developers only for debugging purposes. While there’s nothing wrong with this process, we can do more.

Recently, logging data is being used on a wider basis to provide insights throughout the entire application cycle. Using systemctl and other logging tools allows data logging to provide value during development, testing, post-production monitoring, and even business analytics. This data is, of course, useful for developers, but it’s also useful for operations and big data teams. In a world where data matters more than ever, we can’t ignore the potential of data logging.

Finally, it comes as no surprise that DevOps and security are beginning to go hand in hand. It seems like every day that the media covers a new security breach. Both big and small businesses are becoming the targets of cyber attacks, and developers need to consider new ways to secure their platforms.

TechBeacon calls this movement SecOps, combining both Security and DevOps. Because DevOps relies on a system of constant updates, this is a chance for companies to really focus on their security. Security tasks no longer need to be something that’s considered only at the end of a project, rather, it’s a part of the entire lifecycle.

These measures and more likely be adapted to most successful DevOps teams within 2019. While no team is perfect, these changes bring us further into the future of DevOps. With more challenges than ever facing developers and operational teams, we need to find new solutions.

From new security measures to AI tools, it’s all hands on deck to get ahead of the competition. Is your business ready to take on DevOps? If you’re already using this philosophy for yourself, what ways do you plan to make it stronger? 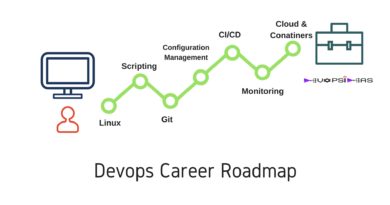 What things to learn for Devops? – Devops Career Roadmap