Amazon EC2 service has over 70 different instance types. As of writing this article, there are around 10 EC2 families with further division within them based on generation. AWS launched the T2 family Instance type in the year 2014 with burstable performance.

Let’s see the official definition given by Amazon for the T2 family before breaking it down and analysing it individually.

You travel to office daily in your car which is located outside of city. Your car has a max speed of 100 MPH. Within the city you maintain an average speed of around 20 MPH. But once you reach the outskirts, you have the option and the capacity to go beyond the average speed of 20 MPH upto 100 MPH. Once you reach your office, you park your car and it remains idle.  The take away from this is that though you have a top speed of 100 MPH, you only use it a fraction of time when needed and also your car remains idle when not in use.

Many interesting compute workloads follow a similar pattern, with modest demands for continuous compute power and occasional needs for a lot more.

The above statement depicts the principle behind the inclusion of t2 instances in the EC2 service.

The t2 instance family type provide a baseline level of CPU performance. Consider the t2.small instance from the above table. It contains a single vCPU. The base performance for this instance is 20% ( We can consider this as the average speed of the car ). It can burst beyond the base performance of 20% upto 100% when the situation demands by making use of available CPU credits.

Apart from accruing CPU credits by using fewer CPU resources than its baseline, 12 CPU credits are added on hourly basis for t2.small and an initial credit of 30 is added during the launch of the instance. The maximum CPU credit that a t2.small instance can earn is 288 ( This does not include the initial CPU credit of 30 ). So at a credit cap of 288, t2.small has a reserve of nearly 4.8 hours.

The more credits your T2 instance has for CPU resources, the more time it can burst beyond its base performance level when more performance is needed.

The CPU credit balance metric is available as part of cloud watch monitoring. It is essential to set an alert to notify if the credit drops below a specific threshold in order to take precautionary measures. This can also be helpful in setting a baseline for choosing the instance type within the t2 family based on your application’s need.

When can a t2 instance be a great fit?

Plenty of different usage profiles could fit the pattern which we discussed above. An environment that utilizes burst infrequently, allowing the restoration of CPU credits to happen, t2 family is operationally fine.  There are many good use cases for this: development environments, websites with periodic traffic spikes, build servers, etc.

When t2 instance will not be a fit?

If your workload CPU requirements are more stable, then t2 instances aren’t the best choice. If your environment is in a steady burst mode, consuming all available credits and cores throughout the day without a chance to recover CPU credits, this is a sign that a larger instance or different, high-performance family, might be a better fit.

Apart from CPU burst what we discussed above, the burst performance is extended to Input/Output for General Purpose SSD EBS volumes as well. If you are interested to know more on that, you can refer this article where we have benchmarked IOPS ( Input Output Per Second ) performance between AWS and Digital Ocean and explained how the IOPS Burst  work in AWS. 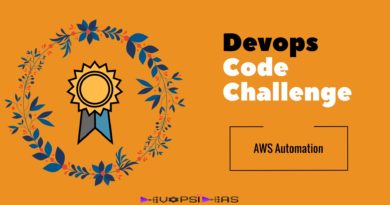 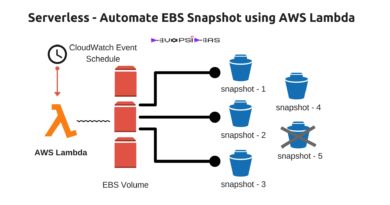